John Messores Shihan began his martial art practice with karate in 1968. He began practicing Aikido in 1973 and has been a deshi of Saotome Sensei since 1975.

He is currently ranked as shihan (master instructor) and nanadan (7th dan) in Aikido and is one of the most senior instructors in the Aikido Schools of Ueshiba organization, and among the highest ranked Americans affiliated with Aikido Hombu (the world Aikikai headquarters). His dojo is the Jion Juku Aikido Academy of Warrior Spirit located in St. Petersburg, Florida. — John Messores ile birlikte. 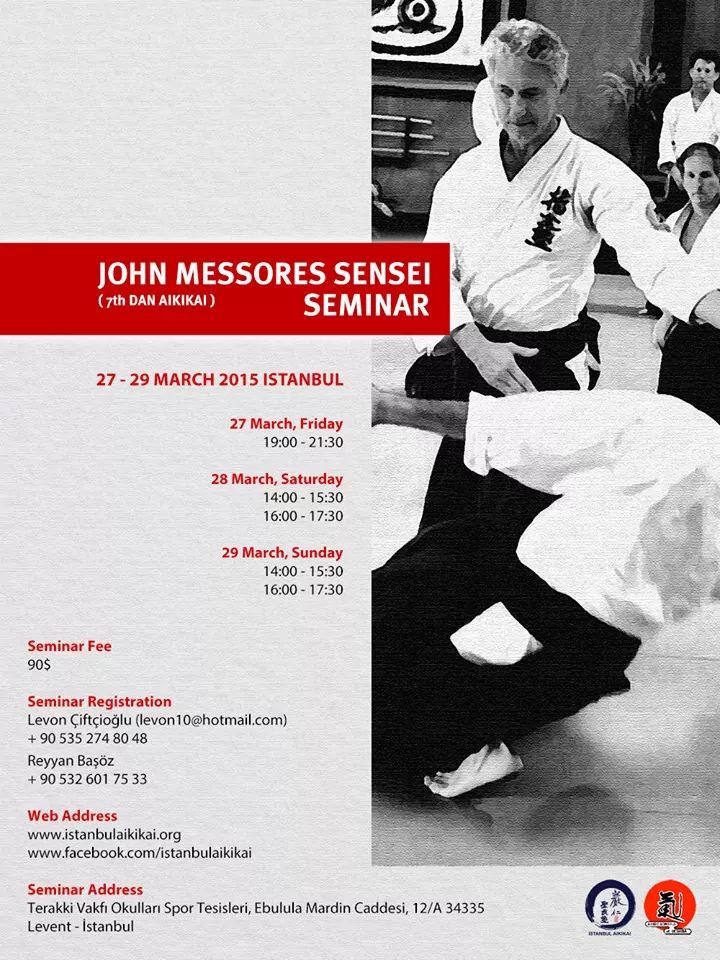